JAKARTA, KOMPAS.com — Officials here say a top Indonesian terror suspect arrested this year in the town where Osama bin Laden was killed this week was intending to meet the al-Qaida chief, although a senior American counterterrorism official said the two never met and Umar Patek's arrest in Abbottabad "appears to have been pure coincidence."

Indonesian and Pakistani intelligence officers said the arrest of Patek on Jan. 25 in Abbottabad by Pakistani officers did not lead to the American raid on bin Laden on Monday, but his arrest there may raise questions over how isolated bin Laden was in his final months.

Patek is wanted for his role in the 2002 Bali bombings and trained with al-Qaida in Pakistan before the Sept. 11, 2001 attacks in the United States. He is a key Southeast Asian militant and was one of the last on the run believed to have contacts with al-Qaida's central command.

"The information we have is that Umar Patek ... was in Pakistan with his Filipino wife trying to meet Osama Bin Laden," Defense Minister Purnomo Yusgiantoro told reporters Wednesday.

Chairul Akbar, an official at Indonesia's Anti-Terrorism Agency, earlier told the Associated Press that Patek and his wife traveled to Pakistan using false names — Anis Alawi Jaafar and Fatima Zahra — on August 30, 2010, aiming to meet Osama Bin Laden to get his "support and protection."

"He was instructed to go to Abbottabad to meet other militants," Akbar said. Akbar said it was possible that Patek met al-Qaida leaders in January somewhere in Pakistan but that he did not meet with bin Laden himself.

"We have no indications whatsoever that Patek met with Bin Laden in Abbottabad," the American official told The Associated Press. The official spoke anonymously to discuss sensitive intelligence matters.

Many intelligence officials had assumed bin Laden was living in the remote Afghan border region, possibly in a cave, meeting only with a small trusted circle. While its possible that Patek may have been misguided if he thought he could meet bin Laden, the fact he ended up in the same town as him with that intention is striking, and could suggest someone told him bin Laden was there and was prepared to see him.

Pakistani officials kept Patek's arrest under wraps until late March, when the AP broke the news. Since the arrest, Indonesian investigators have questioned Patek and are seeking to have him brought back to the country.

A Pakistani official said he was tracked down after authorities arrested an al-Qaida courier in the town called Tahir Shehzad, who worked as a clerk at the post office. Tahir had been under surveillance since last year when he was spotted in Abbottabad with an Arab terror suspect, said the intelligence official.

"Indonesian authorities need to be asking Patek exactly what the nature of his communication was with the al-Qaida organization and who else from Southeast Asia is actively working with al-Qaida in propaganda, training, or even operations," said Sidney Jones, an expert on Southeast Asian militancy.

Muhammad Jibriel, an Indonesian currently serving time in Jakarta over hotel bombings in 2009. was found guilty of obtaining funding for the bombings while visiting Saudi Arabia in 2008. By his own admission, he also traveled to North Waziristan before his arrest. 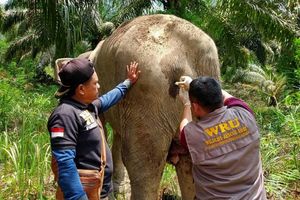 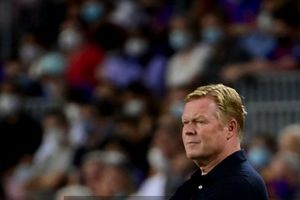