William Hague reported that Nato has flown 10,000 sorties against Colonel Gaddafi’s regime and is now bombing key targets every half an hour. He spoke as allied warplanes carried out the heaviest daylight bombing raids of the war so far.

Yet despite the onslaught, Gaddafi announced in a speech on state TV that he would fight ‘to the end’, adding: ‘We welcome death.’

Mr Hague told MPs that Britain is joining with the EU to pile pressure on the tyrant. Six Libyan port authorities have been added to the EU sanctions list to stop arms imports.

The Foreign Secretary also hinted that he wants a further UN resolution on Libya that would allow funds seized from Gaddafi’s henchmen under existing sanctions to be passed to the opposition council.

Mr Hague said: ‘We have increased the tempo of air strikes against regime forces. These are currently taking place at a rate of approximately 50 strike missions per day.

‘They include the targeting of military command and control sites in Tripoli, regime tanks, artillery, rocket launchers and armoured fighting vehicles.

‘Nearly 10,000 sorties have been carried out since March 31, including more than 3,700 strike sorties, on top of operations to disrupt regime military activity and arms shipments at sea.’

Waves of Nato aircraft hit Tripoli yesterday, striking different parts of the city several times an hour, sending clouds of smoke into the sky. Some of the bombs hit in the vicinity of Gaddafi’s vast Bab al-Aziziya residential compound. Colonel Gaddafi responded by giving a bizarre impromptu speech to state television via telephone.

He branded rebels seeking to oust him as ‘b******s’ and urged his followers to flock to the Bab al-Aziziya compound as human shields.

‘We will not kneel!’ he shouted, ‘We will not surrender: we only have one choice – to the end! Death, victory, it does not matter, we are not surrendering!’ In a warning to the West, he added: ‘We are stronger than your weapons, than your planes.’

Last night state TV allegedly showed him meeting with tribal leaders in an unknown location. But in a sign of Gaddafi’s waning influence, both Russia and China revealed yesterday that they have opened talks with the rebel leadership in Benghazi.

Mr Hague also spoke out yesterday against the Syrian crackdown on demonstrators, calling on president Bashar al-Assad to reform or quit – the first time Britain has proposed that the dictator should step down.

There are fears of another massacre in the country after the regime vowed to retaliate against alleged attacks on state forces in the northern town of Jisr al-Shoghour. Further east, Colonel Gaddafi's troops and the rebel forces fighting to overthrow his regime have been in stalemate for weeks.

Allied forces are assisting a four-month old insurgency that has seized swathes of eastern Libya and pockets of the country's west, where the regime has its stronghold.

The revolt against Colonel Gaddafi came after popular uprisings which ousted the long-time rulers of both Tunisia and Egypt, and which continue to reverberate across the Arab world.

But neither side has been able to hold territory on a road between Ajdabiyah, which the colonel's forces shelled yesterday, and the government-held oil town of Brega further west.

The rebels, led by the National Transitional Council, now control nearly a third of the inhabitable part of Libya. Western governments and rebels say a combination of Nato air strikes, diplomatic isolation and grassroots opposition will eventually bring down the Gaddafi regime.

But the colonel refuses to step down, saying he is supported by all Libyans apart from a minority of 'rats' and al Qaida fighters, and that Nato strikes are a Western plot to steal Libya's oil.

Other world powers are increasingly making diplomatic overtures to the rebels, including Russia and China - despite misgivings about interference in Libya's sovereign affairs.

Mikhail Margelov, Special Representative for the President of Russia for Africa, told journalists in Benghazi that Gaddafi can no longer claim to represent Libya.

'We highly believe that Gaddafi has lost his legitimacy after the first bullet shot against the Libyan people,' he said.

'Russia is ready to help politically, economically and in any possible way ... That is why we have established a direct relationship with the national council here in Benghazi.'

Chinese officials announced on Friday that they had reached out to the rebel forces, a move commentators saw as an effort to boost China's engagement in the Libyan conflict and possibly jostle for a mediator role.

Beijing had stayed on the sidelines for the first few months since the revolt erupted in mid-February, pointedly shunning international calls for Colonal Gaddafi to step down and saying that is for the Libyan people to decide.

China also abstained in the United Nations Security Council vote authorising the use of force in Libya, and has repeatedly criticized the Nato bombing campaign against the Libyan government.

But last week, Beijing said the head of Libya's rebel council met with China's ambassador to Qatar in Doha - the first known contact between the two sides.

Chinese Foreign Ministry spokesman Hong Lei said that talks with Mr al-Obeidi would focus on the need for a political solution to the Libyan crisis. He also reiterated China's appeals for an immediate cease-fire and called on all parties to 'fully consider the mediation proposals put forward by the international community so as to defuse the tensions as soon as possible.'

Meanwhile, in a report on Monday, the International Crisis Group (ICG) urged the rebels and their Nato allies to propose a ceasefire. It argued demands that Colonel Gaddafi step down as a pre-condition of ending hostilities and threats of war crimes charges had forced him into a corner.

'The (rebels) and their Nato supporters appear uninterested in resolving the conflict through negotiation,' it said.

'To insist that he (Colonel Gaddafi) go now, as the precondition for any negotiation ... is to render a ceasefire all but impossible and so to maximise the prospect of continued armed conflict.

'To insist that he both leave ... and face trial in the International Criminal Court is virtually to ensure that he will stay in Libya to the bitter end and go down fighting.'

In Brussels, Nato Secretary General Anders Fogh Rasmussen said he would repeat calls for Nato allies to boost involvement at an alliance defence ministers meeting this week. Nato decided last week to extend operations in Libya until the end of September. 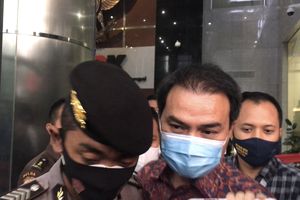 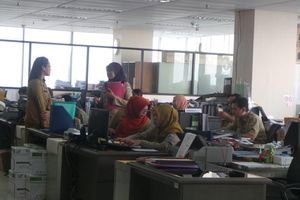 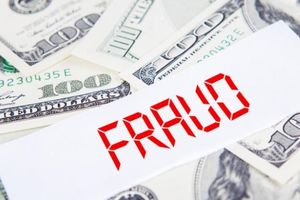 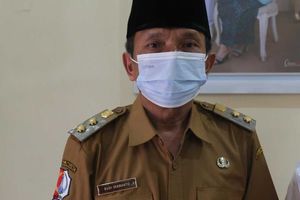